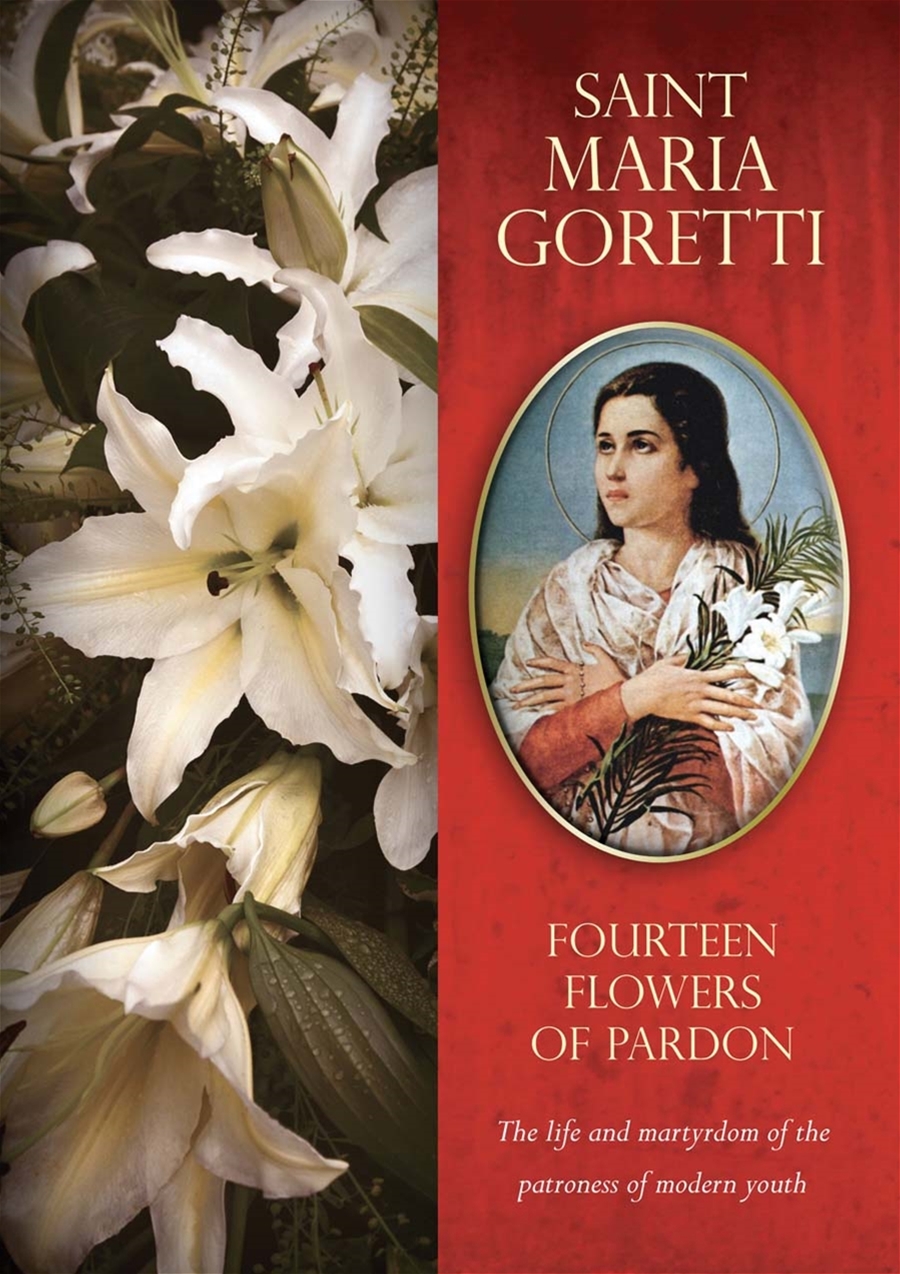 Saint Maria Goretti , DVD,Documentary-This is the true story of a young virgin's ultimate act of love. On her deathbed, eleven year old Maria Goretti forgave Alessandro Serenelli, the man who mortally stabbed her because she resisted his attempted rape. Alessandro was sentenced to 30 years in prison for murdering Maria. After eight years in jail he had no remorse. But eventually he converted after Maria miraculously appeared to him in a dream. Shot on location in Italy, this moving account takes you on a historic and poignant journey through the life, martyrdom and canonization of the Roman Catholic Church's youngest saint, Maria Goretti. Maria's life and martyrdom in Italy's Pontine swamps at the beginning of this century comes to life through historic photographs, interviews with the saint s mother and never seen before film footage of the canonization ceremony. Saint Maria Goretti understood the connection between God's mercy and rejecting the bitterness of vengeance through her fourteen flowers of pardon.